So many jamb and Direct entry candidates have been asking if it will be possible to obtain two forms at a time.

This above and many more questions are what most jamb and direct entry candidates have been asking.

And today i will give you a clear answer 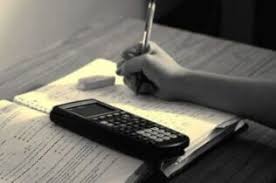 In the past before the introduction of finger print scanner most people found a way to increase their chances of securing admission by getting two jamb forms.

Some even went as far as getting 3 to 4 direct entry forms just to be sure that they don’t spend extra one year at home if anything should happen to one results.

It’s sure that no one individual has just sane finger print.

Double registration is seen as a criminal offense and if caught it can lead to one’s results being held and also the arrest and prosecution of such individuals.

You have to understand that jamb has put so much measures in place to checkmate double registration.

There are so much security features from fingerprint scanner, to photos auto recognition techniques,extra security being mount on every accredited jamb centers to many more.

If you can beat this feature then your answer is yes you can buy two jamb forms but of a truth it’s highly risky, don’t put your whole admission in a pure gamble.

Yes someone can register for jamb and direct entry at same time, it does not contradict any act or law establishing the JAMB exam board.

What might happen if you are caught buying two jamb forms

There are several consequences of buying two jamb forms if the long arm of the law finally get hold of such individuals and they are as follows :

We believe that if you study hard, read all jamb syllabus and past questions and answers then you will have a higher chances of securing admission.

Never pass the back doors to achieve your aims as there might be great consequences.