For several years, the past administrations of the federal government of Nigeria have unsuccessfully tried to imitate the Shagari and Jakande low-cost housing models. This is due to the dire economic situation of the country and its citizens. As well as, mismanagement of funds allocated to these programs.

Early last year, Mass Housing Program was one of the plans for economic stability proposed by the current administration to commence in 2021. 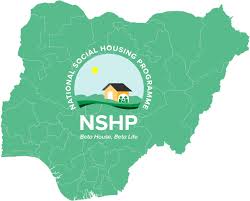 This is targeted at providing low-income houses to over 1.5 million Nigerian families.

Last year , news outlets in the country reported that the federal government had completed plans on the first phase of the provision of this housing.

The federal government also tweeted about this development and reiterated that it was prepared to construct 300,000 homes for low-income earners across the country from 2021.

The National Social Housing Programme (NSHP) is said to be coordinating the program. NSHP is a component of the National Econo Sustainability Plan (NESP) for low-income earners.

This housing program is expected to play a tremendous role in alleviating socio-economic challenges being faced by citizens of the country.

The housing scheme is open to all citizens of Nigeria. You can apply through the website of NSHP ( www.nshp.gov.ng).

From an interview with the Vanguard newspapers, we gathered that a Senior Special Assistant to the President, Imeh Okoh clarified that the administration’s main objective was to provide houses for citizens across the country.

The Chief Executive Officer of Family Homes fund also emphasized the project being borne to shore up housing deficits across the nation.

Allocations of these houses have been given to two states each of the six geo-political zones of the country. The States include Ekiti, Ogun, Enugu, Abia, Delta, Edo, Yobe, Bauchi, Kaduna, Katsina, Nasarawa, and Plateau. The federal capital territory is also included.

There are different units to be built, two rooms apartment being the least. 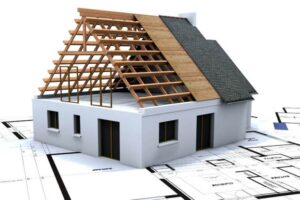 The said amount can be paid over fifteen to twenty-five years, with a monthly payment of at least 10,000 naira.

The first phase of this scheme is the construction of 300,000 units. The federal government said the project was going to create jobs by employing artisans in the neighboring communities around the sites. Also, locally produces building materials are going to be used.

Over 1.8 million jobs can be provided through the process. Engaging architects, engineers, surveyors, welders, plumbers, carpenters, etc would enable and encourage the SME’s in the construction industry. Purchasing materials like hinges, wood, doors, aluminum frames, etc from local artisans would create employment throughout the value chain of the construction sector.

2nd January 2020, the Vice President of Nigeria, Yemi Osinbajo, visited one of the sites of the social housing scheme in Dei Dei, FCT. He commended the quality of the design and announced to the public that construction would soon commence in other parts of the country. The Vice President stated that an agreement has been reached with cement manufacturers for a discounted price on all cement bags used in the construction of these homes.

The federal housing scheme 2021 is being financed by the Central Bank of Nigeria which has already committed 200 billion naira to the project. Cooperative societies in the country have shown interest, while more investors are being sought after.

Nigerians can now plan to buy their own homes!

Here is the portal to apply nshp.gov.ng

However, it is important to note that without a proper maintenance culture, these housing schemes would not be sustainable.