We will like to bring to your notice that the osun state university popularly known as UNIOSUN has released her jamb cut off mark for all courses which is 160. Those who chose the Osun state university as their first and second choice are expected to buy the the school screening form form. 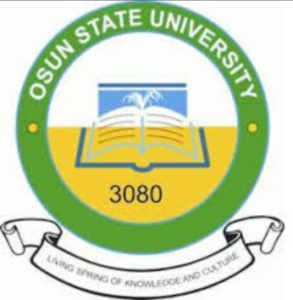 But Sir i scored 159,150,155,140,149 can I buy the UNIOSUN screening form? The answer is no you can’t, only those who scored 160 minimum are invited for the screening exercise that will hold in the university’s campus.

Being a multi campus institution, Osun state university is an institution that currently run 3 main campuses located through every state in South west. The state university was founded in 2006 under the leadership of Prince Olagunsoye Oyinlola who was the state governor at that time

We are using this medium to inform all UNIOSUN aspirant that the institution departmental cut off mark has been released.

Although the general jamb cut off mark is 160, have it in mind that 160 will never secure an admission for you. You are expected to take the university of osun post UTME screening exercise, beat the departmental cut off mark before you will be considered for admission.

One of the questions most candidates are asking now is ” what is the departmental cut off mark of UNIOSUN? ”

What Is Cut Off Mark?

Cut off mark is the minimum aggregate score an aspirant must meet before he is she is considered for admission. There are several factors that are looked into when calculating your total cut off mark and they include: your total jamb score, post UTME score, O level grades, your state of origin.
Please note that those from Osun state will benefit from Osun state university catchment policy.

Documents for UNIOSUN screening :
UNIOSUN conduct two screening exercise for aspirants before they will be considered or seen as a bonafide student of the institution.

Documents to bring are :

The osun state university is located in four campuses and they include :
[mappress mapid=”14″]