Deadline To Accept Or Reject Admission: ever since jamb activated their CAPS portal for candidates to either ACCEPT or REJECT an admission offer most candidates have been asking for the closing date of jamb caps portal. 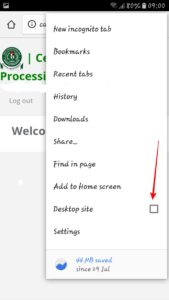 we are also aware that most candidates have not accepted their admission offer while majority of candidates are yet to be considered for admission. which ever side you belong to it will be in your own interests to pay attention and read this article from A-Z.

it might interest you to know that jamb has offered about 200,000 first choice admission to the about a million plus candidates that Sat for the just concluded 2021/2022  jamb.

The 200,000 slots are for only first choice, this means that second choice when considered will make at list half of the 200,000.

the exam board has made it position known that any candidate who fails to indicate his or her interest by accepting his or her admission stand a chance of losing it.
the jamb board has also charged candidates to likewise print out the acceptance offer.

You might ask what will happen if i don’t ACCEPT an admission offer? well the message is very clear from the jamb boss who said all affected candidate who fail to acknowledge their admission offers will lose it while the board will go ahead to give the available slots to other candidates who still want them.

So do your self a favor, visit the jamb caps portal and simply ACCEPT your admission offer
good luck.

Check if your second choice have started Admitting candidate

check out if jamb or your school has given you admission

see if your school has given you admission here