Does Ladoke Akintola University of Technology (LAUTECH) Accept Second (2nd) Choice Candidates?:
If you an aspirant of LAUTECH and you are wondering if they accept second choice candidate or not, this post will give you a clear guide and answer. 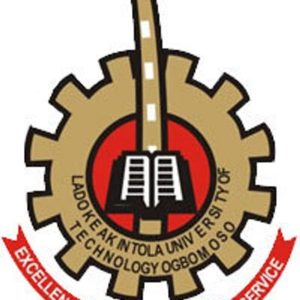 It might interest you to know that jamb has officially made her position clear on the controversy surrounding the issue of second choice, the board will now allow candidates to chose any university of their choice as their second most preferred institution.

Although they will allow you to buy post utme forms, also allow you to take their post utme screening exercise just for them to collect students money in the name of post utme. but when it’s time for admission they will only attend to candidates who choose them as their first choice.

So back to the main topic of discussion for the day, does

lautech might allow you to take their post utme screening exercise but your chances of getting admission is very slim.

since your chances of gaining admission in lautech as a second choice candidate is slim why waste your hard earned money for transportation and also for post utme/ supplementary forms?

unless you have any way to bypass this restriction but if it’s on ground of merit, i don’t think it worth it.

Please don’t fail to comment below, let’s know your views on this burning issue at hand.
what next after post utme screening exams

Steps to upload your WAEC to jamb portal

After checking your Jamb result what next