Ever since the Senate tried to Prevailed on the minister of education to cancel every form of post UTME screening exercise there has been rumors that there won’t be post UTME exams this year. 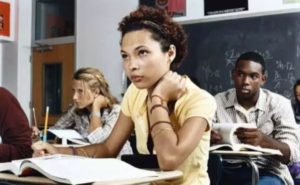 in fact that directive actually came from a judgment upheld by the Federal High Court few years back which ruled out that post UTME screening exercise has no legal backing.

Ever since then prospective candidates who are seeking for admission has been asking if there would ever be post UTME exams in  . Well in this article we shall let you know if actually there would be post UTME screening exams or not.

We have it on good authority that post utme screening exercise has not been canceled. University’s union has to come forward to put up a strong reason while there should be another level of screening.
Most of these universities don’t trust JAMB UTME exams hence they had to kick against the judgment which went in favor of those who has been calling for the cancelation of post UTME.

our opinion is that post utme screening exercise is irrelevant for now since jamb exams is now computer based and it remains difficult for anyone to actually get this answer easily.

Truth be told there will be post UTME exams comes  . Most schools can’t actually do with out the sales of form which to them remains a source of income since the federal and state government has refused to fund them adequately.
Although there is an agreement between universities and the federal ministry of education which allows schools to conduct post UTME screening but they must not sale their forms above 2000 (two thousand naira).

If you recall in the early days of post UTME most schools had to hike the price, we saw some schools selling their form for as high as 12,000, 20, 000 but today that practice has been abolished and a uniform price has been fixed.

Like we have pointed out schools are at liberty to conduct post UTME screening exercise when ever they fee like but must submit the list of candidates who they want to consider for admission to jamb within a given period of time.

Now that you are aware that there will be a post UTME screening exercise, it’s time for you to check your school departmental cut off mark, admission requirements to know where you stand.

Those who scored low or their performance was somehow not encouraging, this is the time for them to make it right again because we are sure if you performed very well in post UTME you can actually increase your chances of securing admission this year.

Those who performed very well in jamb should not relax yet for the battle is not yet over, anything can happen. Buckle up, Jack very well and prepare for the post UTME exams.