Jamb Novel  : Do You Think Jamb “In Dependence” or “swee Sixteen” Novel Will Be Used For Jamb ?

You will recall that ever since the joint admission and Matriculation board introduced the novels from which questions are drawn from, candidates have been searching the web for more information about the novels and if jamb will introduce another novel this coming jamb or not. 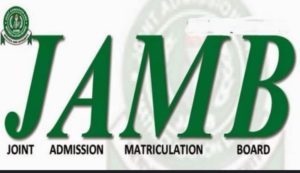 Let’s take a quick look into the history of the two novels jamb currently use as at today.

The Successors by Jerry Agada:

jamb introduced this books around 2012, in fact this books was a hot cake then as every jamb candidates struggled to lay their hands on it. This novel was later dropped by JAMB best reason known to them but honestly i enjoyed that novel

See :how to pass jamb once and for all

After The Successors by Jerry Agada was dropped by the joint admission and Matriculation board jamb, they introduced another interesting novel that became the talk of the town few years ago.
The last days at Forcados high school was introduced in 2015 the same period computer based testing exams was introduced and when prof Dibu Ojerinde. was the boss of jamb.

shortly after prof Ojerinde left office the new jamb registrar introduced In Dependence, although there was a legal battle between jamb and the author of The last days at Forcados high school challenging the decision of the Board to drop his books. But today all that has been history.

Swee Sixteen” by Bolaji Abdullahi for Only UTME Candidates

CONCLUSION :
Jamb has been known to keep changing novels each time a new registrar, probably each feels to introduce the best that they consider best to UTME candidates.
to this end we can confidently say that Swee Sixteen will be use for UTME while last day at Forcados high school might be used by Direct Entry

.
Get your self well prepared for questions that normally comes out from the novel.

What’s your view about all we have written above?